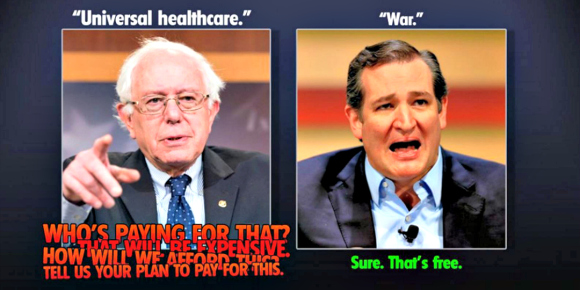 Instead of Complaining About the Pandemic Crisis, Become the Change You Desire and Live It

We all need to look for ways to improve our lives and change our world for the better. We’re all here for a purpose, as it is written: “11) For I know the plans I have for you,” declares the Lord, “plans to prosper you and not to harm you, plans to give you hope and a future. 12) Then you will call on me and come and pray to me, and I will listen to you. 13) You will seek me and find me when you seek me with all your heart”. (Jeremiah chapter 29, verses 11-13) Today I will show you, by the publication of this article, how this applies in modern times. It’s why God put us all here. It’s nice to make and keep new year’s resolutions, put a troublesome person out of your life and break other old habits, but many more people are waking up to the fact that it’s smarter to improve our surroundings and make the kind of contributions that leave legacies than it is to merely break a bad habit or two. Breaking bad habits is good, but helping to build a better world is far better.

To begin with, we can’t create a better world if we haven’t yet imagined it. How much better then, if we are able to touch such a world and experience it directly, can we enact in the here and now the world we actually want to live in? The days of electing politicians to public office to do these things on the behalf of the US constituency must undergo fundamental change if the American populace ever desires to overhaul our electoral process. These kinds of organized grassroots efforts come in all shapes and sizes. At the bottom end of the scale we see Utopian flavored mass movements like “We are the 99%”, Black Lives Matter, the fight for a higher minimum wage, and Occupy Wall Street movements with their stands against inequality, ethic of social and economic justice, and experiments in direct democracy. At the other extreme we see the ongoing civil war in Syria (and its predecessor, the Arab Spring of 2011) which continues to this day.

“You never change things by fighting the existing reality,” Buckminster Fuller once advised“. To change something, build a new model that makes the existing model obsolete.” A brilliant insight, but he was only half right, because the best direct actions – and social movements – actually do both. Consider the lunch counter sit-ins of the 1950’s and 1960’s. They were not only brave acts of resistance against the racism of the Jim Crow South, but they also beautifully and dramatically prefigured the kind of world the civil rights movement was trying to bring into being: blacks and whites sitting together as equals in public spaces. The young students didn’t ask anyone’s permission; they didn’t wait for society to evolve or for bad laws to change. In the best spirit of direct action, they walked in there and simply changed the world. At least for a few moments, in one place, they were living in an integrated South. They painted a picture of how the world could be, and the vicious response from white bystanders and police only proved how important it was to make it so.

Many people at the forefront of the nonviolent civil rights movement were moved to action by their Spiritual commitments. Be it the “Do unto others as you would have others do unto you” of the Four Gospels, or Gandhi’s call to “Be the change you want to see in the world,” the ethical traditions of many religions have powerful roots in dogma that is largely the teachings of men. It is only when people of faith, such as followers of Jesus Christ like myself, try to live out their deep principles and actually walk their talk in the Spirit that they they tend to come up against the power of tradition. Jesus himself (who promised that anyone who followed his teaching would always be in trouble) was one of history’s more brilliant invaders of the human conscience. He didn’t merely argue that true greatness comes from humbly serving others, he illustrated it by washing his disciples’ dirty feet just before the Last Supper. By socializing with outcasts and the poor, visiting lepers, and always raising up “the least of these,” Jesus didn’t simply prophesy a future filled with a beloved community of believers, He made it manifest. And if Jesus did it, so should we.

With the dominance of paranoia surrounding the Covid-19 crises, provocations that stretch our political imaginations are more vital than ever. I would go a step further, arguing that we need to bring back Utopian thinking. Utopian thinking is necessary, because it provides a compass point to determine what direction to move toward and a measuring stick to determine how far one has come. However, in an era of media saturation and distrust, this is increasingly hard to do via criticism alone. Using dystopian visions to sound the alarm – a more and more popular strategy – is just another form of criticism that leaves the status quo standing. What is needed instead are direct interventions that both embody and point toward Utopian possibilities. Contemporary social movements, it turns out, are chock full of them.

Of course, we all know that this has about as much chance of occurring as the WTO has of abolishing itself, that GE is actually going to give back the taxes it dodged, or that DuPont is finally going to do the right thing and compensate the 100,000 victims of the Bhopal chemical spill for decades of suffering. Could we possibly ever live in such a world? “Yeah”, people are saying, “why don’t we live in such a world?” And we’re more motivated than ever to go out there to make it happen!

In 2006 members from a coalition of environmental groups posed as a government agency – the Oil Enforcement Agency – that should have existed, but didn’t. Complete with SWAT-team-like caps and badges, agents ticketed SUVs, impounded fuel-inefficient vehicles at auto shows, and generally modeled a future in which government takes climate change seriously. Clever protest campaigns can bring little shards of utopia not just into the streets but also into our elections and even legislatures. When Jello Biafra ran for mayor of San Francisco in 1979, one of the planks in his platform called for beat cops to be voted on by the neighborhoods they patrolled. Once out in the open, this and other seemingly radical ideas were revealed as the reasonable proposals they were, and thousands of San Franciscans voted for Jello.

Even legislation can be Utopian. A legislative bill called, “What Would Finland Do?” aims to introduce a bill in the New York legislature to prorate traffic fines according to the net wealth of the driver. It wouldn’t pass, but a lot of New Yorker’s might think: “Why not?” and the long fight for greater economic equality might inch a tiny bit forward. (Finland, by the way, has such a law, and in 2004 the 27-year-old heir to a sausage fortune was fined $204,000 for driving 50 miles per hour in a 25 mph zone.) Whether religious or artistic, a playful thought experiment, or a serious attempt to be true to one’s values in the face of state violence, Utopian engagement allows us to experience for ourselves (and demonstrate to others), that another world is necessary, possible, and maybe even beautiful. Oh yeah, and it will be healthy as well.